The feminism appeared in Europe in the 19th century. Jane Austen was one of the writers who described this phenomenon in her novels. For example, in the novel “Pride and Prejudice” she describes the first seedlings of protection of women’s rights. Austen wrote about social problems which are of current interest even for modern society. In the “Pride and Prejudice” research paper we are going to research Austen’s view on marriage.

Multiple readers consider this novel as a romantic love story, however thorough reading indicates that this book can also be seen as a work where the author examines the origin and social role of marriage among middle-class people in the nineteenth century. Jane Austen describes several attitudes and several couples in this novel with an aim to provide an analysis and critique of marriage’s role for women.

To better understand the work of art, one should remember that the novel was published in 1813 when women’s rights were not protected. The middle class in England was a society built around men: they could use the opportunity to get education, inherit, and travel. Women of that period did not have such possibilities, and the only chance to get into the new environment and receive new social status was marriage. Jane Austen, as well as other outstanding novelists of the period, portrays women exceptionally as things or extras which are used by men to gain better solidity and coziness. Thus, women in Austen’s novels had no chance to pursue their own careers or express themselves in other ways, the only possible way out for them was married, in which their husbands often perceived them as things.

In the “Pride and Prejudice,” the novelist tells the stories of four couples with different kinds of relationships, however, all of them end up getting married. Just like all the great writers, Austen had an outstanding talent to portray her characters convincingly, referring to a specific type of people. Each of main characters of the novel represents certain views on the marriage, which are typical even of current society.

Heroes and villains in Pride and Prejudice

The most pragmatic couple in the novel is Charlotte Lucas and Mr. William Collins. These two people argue that marriage implicates “market” relationships instead of love and happiness. Charlotte says, she is not romantic, and all she wants is a comfortable home. For this reason, she is convinced that Mr. Collins is the best party for her. She realizes the restrictions, which society inflicts on her, and agrees to perform the part of wife and mother as a job in return for her own house and enhancement of status in society. Actually, such point of view mainly predominated in history making this kind of marriage classic and most common.

Another pair is Wickham and Lydia Bennet. These two young people married to hide their shame. Wickham had huge debts and money he got for marrying Lydia was used to rebuild his reputation. Lydia went to church because her family paid for her disgrace-escape and premarital sexual relations. Mrs. Bennet, Lydia’s mother, has the one and only desire – to marry all of her daughters so that they could escape poverty. In should be mentioned that the daughters did not have right to inherit the house where they lived as they were women. Because of this desire, Mrs. Bennet becomes a bit primitive and vulgar and does not consider her daughters’ wishes. Thus, Lydia’s frivolousness can be explained by her mother’s impact. Although the novelist portrays Mrs. Bennet as quite a pathetic person, there is no contempt or disgust toward her. Austen realizes the context, women’s fate, and understands the family’s mother’s intentions.

The couples Darcy and Elizabeth and Jane and Bingley married because of common sense of attraction and love. Jane and Bingley get married by chance, as both of them are simple people who artlessly execute another’s will. This way, Bingley tries to forget about his desire to marry Jane because of his environment’s impact, but then, due to Darcy’s influence, returns to his plans. This couple considers marriage as a way to live a happy life. The story of the couple Elizabeth and Darcy is the most dynamic part of the plot and illuminates marriage issues, as well as pride and prejudice. Traditionally, people find similarities between Austen and Elizabeth while analyzing the novel, as both these women had beliefs that they have to marry for love.

It can be argued that Austen represents the world in the way she understands it. The life of women of that time was concentrated on marriage, so the novelist could not criticize her heroines for their desire to get married. But even so, Austen questions the role of the institution of marriage and actually criticizes the society, where women are perceived exceptionally as mothers and housewives. The major idea of this work of art is the criticism of the absence of any other chance for women to get the better life except marriage, albeit the author approves the marriage for love.

Eventually, “Pride and Prejudice” tells the story of marriage for love with the background of other couples, who got married because of suppressive pressure, the absence of critical thinking, and desire to escape from demands and gain a new social status. The author does not criticize the women for their obsession with getting married as she realizes the context of this desire. This novel can be read as an ironic and critical book on the institution of marriage in England in the early nineteenth century. 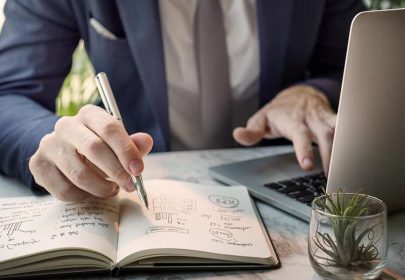 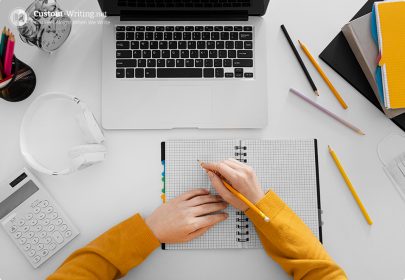 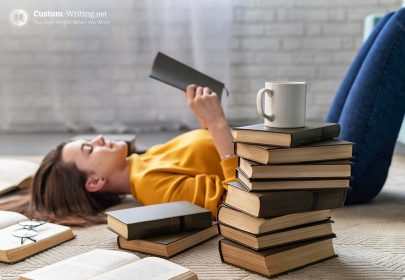 What Are You Waiting For?